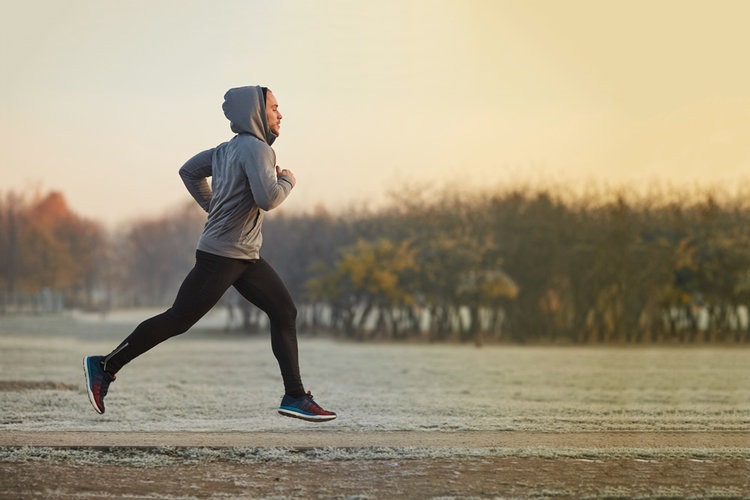 I have been getting a lot of questions, particularly from collegiate golfers, asking about the benefits of running during the in season.
This has always and will continue to be one of the biggest shocks to me.  The short of it is this: a lot of running in season is perhaps the most counter intuitive training that a golfer can do on multiple levels.

The first reason this is just senseless is that it unnecessarily increases the chances of injury for the players.  Most injuries in golf happen because of repetitive use, so why would we want to add more repetitive use into the equation?
When we look at athlete load and risk for injury, the most likely place for it to occur is when there is a spike or drop in the overall load the athlete has on their body.  This can be swings taken, loads lifted in the weight room, miles walked, travel requirements etc.  When an athlete is in season in college their golf specific load on the course is very high and thus you would like to reduce the load in the training environment.  This functionally should mean decreased number of high neural load days in the weight room, more mobility and movement days (low neural load days), and a focus on maintaining high force and power outputs (lifting heavy weight relative to individual ability) but for low number of repetitions.  This keeps the nervous system’s ability to output energy high while not overstressing it because it is being highly taxed on the course.
Running a couple days a week during in season is not exactly “lightening” the load on the training front.  To make it worse, they are adding repetitive movement that is likely not ideal mechanically.  Most golfers do not train to have great striking and postural form and thus there is an increased likelihood of lower leg injuries such as shin splints and achilles injuries.  To increase the chances of injury just a bit more, zero programs who are making their golfers run are evaluating their running shoes or their technique.
Basketball players running sprints when they play badly makes sense.  They are trained athletes who run for their sport and therefore have a natural resilience to that method of training.  It is mentally unpleasant and thus the goal of the coach is to punish the players with a modality that will also increase their fitness levels to help them perform better both mentally and on the court.
Golfers don’t run.  They walk.  They swing.  They putt.  They chip.  Wouldn’t it make more sense to have the players practice in the rain or make 60% of putts from a certain distance before they can leave?  Equally as miserable mentally but also might add something productive to their performance without the high chance of injury, right?
Just my two cents instead of setting them up for injury…but wait, it gets worse…

Your Training the WRONG System

From the sports science side of things, having golfers run repeatedly makes ZERO sense in season.  Early pre-season if you are looking to increase aerobic capacity to assist with recovery and overall fitness throughout the entirety of the season, then kudos!  This is exactly when you should be implementing this type of training.
But once they are in season, these are power endurance athletes.  That means they are glycolytic system heavy.  This is the system that needs to be trained for peak performance, AKA needs to be efficient at recovering so it can be used again and again.  Golfers are power endurance athletes which means they need to produce maximal power about once every 3-5 minutes repeatedly.
When you have golfers run long distance or repeated sprints without sufficient rest, you are no longer training the glycolytic system and instead have shifted to the anaerobic or aerobically dominant zones of work.  You are training the system whose byproduct physiologically BLOCKS the glycolytic process to be more prevalent and efficient!  Effectively, you are training against the system that golfers need to swing faster.  You are training your golfers to move slowly.
We wouldn’t make a golfer practice basketball to be better at golf, so why are we training the “basketball” systems in golfers’ bodies?  It makes no sense.  But this is what happens in colleges across the country, particularly when the golf coach thinks they should be in charge of how the training is done in the gym for the golf team.
The science of it is this: a golfer’s aerobic capacity (which should be worked on and developed in the early off season) will be maintained with their 5 miles of walking daily or by hiking, bike riding, or something else that is active recovery.  Basically by letting them just be active young adults outside of their playing and practicing daily.
Please stop having your college golfers run miles and miles and think that you are helping them.  Their ability to perform is being hindered and they are being put at a higher risk of injury.  If you are doing repeated sprint work in season, stop it during the heavy competitive seasons, and make sure you are evaluating footwear and running technique.
Sprinting effectively is one of the greatest expressions of neurological power production, and we use it all the time with our golfers!  But that doesn’t mean we use it year round and the volume needs to be closely monitored.  When it comes to this type of training, it is quality and specificity that matter, not quantity.
Golfers already are walking close to 5 miles daily on the course when they are playing.
Post Views: 1,399
Category: ArticlesBy [email protected]July 3, 2018Leave a comment