POWER = More Distance Off the Tee 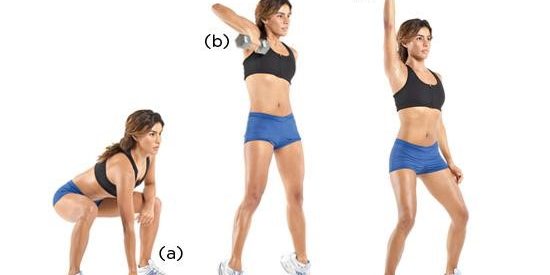 There is a misconception that golfers don’t need to be strong or powerful.  In actuality, golfers require significant functional strength and power to perform at high levels and prevent injuries.

Although you aren’t carrying heavy loads on the course, very high and demanding forces are present due to the speed and multiplanar demands of swing. Your muscles help to create those forces while also generating opposite forces to slow your body down to decelerate the swing. When you don’t possess enough control to slow your body down, injury can occur. Your muscles are then unable to control speed and rotation, so your joints take up the slack to absorb all the energy. Joints are capable of withstanding some force, but cannot take all of it.

A critical period, or window of development, refers to a specific point in time when training has an optimal effect. The critical period for developing speed in boys occurs between the ages of 7 and 9. With girls, between 6 and 8 years old. Therefore, athletes at these ages should train for speed to maximize their trainability.

Speed + Strength = POWER. Thus, power training does require strength as well. Since strength and speed are both components of power, increasing one and neglecting the other limits total power development. You must increase speed as well as strength.

The benefit of improved strength and power is an increase in club head speed and resilience on the course. Strength and power generated in our legs, torso, and arms must be connected to a stable core for each link in the chain to build off of. This allows the forces we generate throughout the golf swing to be transferred through the body, club head, and then golf ball efficiently and with coordination. Each swing becomes less stressful on your joints as you become stronger and reduces the likelihood of making a simple mistake when fatigued.

Olympic weightlifting trains someone to generate force at greater speeds, but with control. These types of lifts involve fast movements and use in nearly every joint in the body (just like the golf swing) to build strength, speed, and explosiveness. The athlete learns to quickly transfer energy from the ground up through triple extension of hips, knees, and ankles in a loaded movement.

The main lifts we focus on with youth athletes are the dumbbell push jerk, dumbbell snatch, and dumbbell clean to focus on push (push jerk) and pull (snatch, clean) power. We also incorporate dumbbell jumps to train elastic absorption of forces and condition the body to accept and produce greater loads as they grow; not to mention working on landing mechanics and overall power creation efficiency.  Below is an overview of these main lifts.

Risk versus reward is always a topic of debate in the sport performance world. Assessing the risk versus reward should be considered as high-intensity loads may place the athlete at an increased risk for injury. This is why a certified strength and conditioning coach is both an invaluable and pivotal element in determining an appropriate training program.

Proper training helps prepare a golfer for the physical demands put on their body, reduces risk of injury, and increases force production to hit the ball further. It doesn’t matter how fast you can swing a club if the muscular foundation you are swinging on is not stable enough to control the path of the club or if you don’t have the flexibility to get from point A to point B.

At Par4Success, we not only teach athletes during their critical period how to move through these Olympic lifts, but we also teach them proper gym etiquette and safety. We emphasize that building a strong muscular base will help your golf swing become more powerful. Players will be able to efficiently harness energy from the ground up, create separation through their core, and continue transferring energy through their arms and club during the golf swing. This transfer of energy creates power which converts into longer carry distance for the player. Since they have both a strong muscular base and can move through powerful movements quickly, their injury risk decreases and less stress is placed on their joints.

Once our youth athletes have mastered the foundational Olympic lifts with dumbbells, we can progress them to more advanced exercises in order to increase weight of the loaded movement. Remember, Speed + Strength = POWER. When we increase both speed and strength in a minimal risk environment, power output and athletic performance on the course will improve.