Motor Learning: How to teach an old dog it’s like riding a bike again 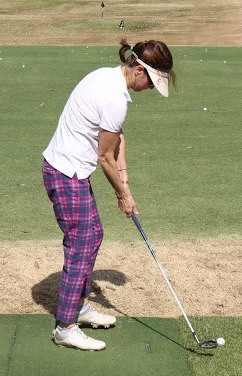 For the most part, we all remember when we first learned to ride a bike, catch a fish, or flush our first long iron off the range. What we don’t usually remember is how we arrived at that moment. When we are kids, we are constantly learning new things, whether by training or experience. It becomes a bit of second nature and a part of daily life. When we get older, sometimes learning becomes a bit of a chore – or rather re-learning, whether that be erasing a bad habit or a movement pattern that an injury may have left us with.

As we learn or re-learn, many of us will benefit from different styles of feedback or cueing, which many of us have experienced from coaches, trainers, or the like throughout our lives.

When we are first learning a task, we can benefit from both internal and external cues and it really depends on what we are trying to accomplish. We can benefit from a cue to keep our spine neutral during a bridge to promote the appropriate form or using an external cue of imagining you are in a narrow hallway during bird dogs to prevent side to side movement of the hips.

Some research does show that internal cueing may benefit a novice but hinder experts. Perkins-Ceccato, et al. found that a group of novice golfers told to adjust the force based on the distance they were from the green (internal cue) did better than another novice group who were told to hit the ball as close as possible to the pin (external cue). An expert group told to follow the same instructions had completely opposite results where the group “hitting closest to the pin” did much better than their force counterparts.