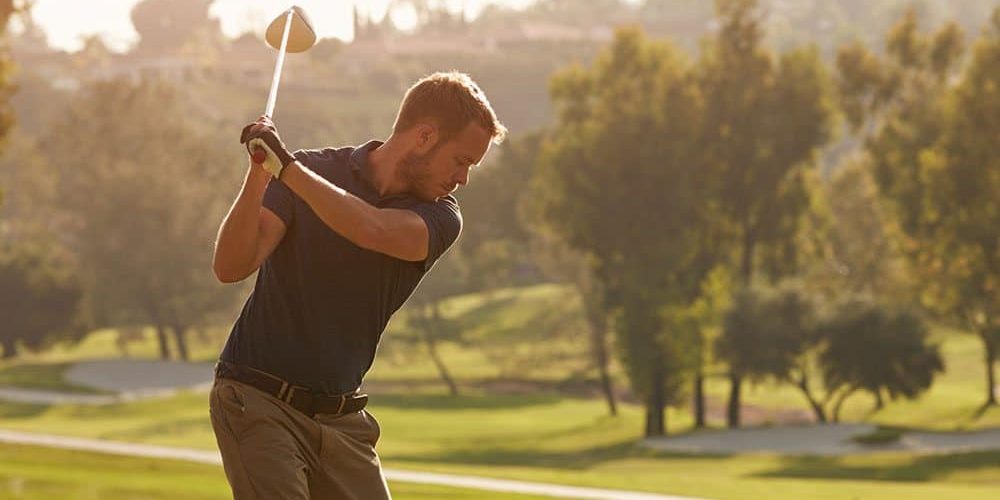 Wrist pain is a very common injury that we see in golfers, particularly in the winter or when it has been really wet and people are hitting off mats.   It’s endemic to many different groups of golfers. There are two general areas of the wrist that we find people complain about specifically. The first is on the inside of the wrist, close to the thumb. The second is on the outside of the wrist, on the opposite side. Regardless of where the pain is, particularly if it came from a blunt impact such as hitting the root of a tree, you should rule out a fracture before investigating other methods of treatment.  Most of the time, however, wrist injuries are from repetitive overuse and fracture is not a concern.

Assuming that you don’t have a fracture in your wrist, your technique in holding the club and associated range of motion limitations in the shoulders can be major factors in wrist pain. Depending how the club is moving through the swing, it sometimes can be a major cause of stress on your wrists, particularly at impact when the vibration from contact has to be absorbed by the wrists and forearms first.

First, there’s cross friction: take one or a few of your knuckles and press down on the brachial radialis, then move your hand perpendicular to the direction of your arm while still bearing down. You can also try the tack and strip technique. Bend your hand back to shorten the muscle. Press down with a knuckle and search around to find a sore spot. Once you’ve done so, press down on that spot, then begin to bend your hand downward, bringing your knuckle up along your arm toward the elbow.

Outside wrist pain most commonly comes from a muscle called the flexor carpi ulnaris, which is located on the inside of the elbow. The same methods of treatment are effective on this muscle as are on the brachial radialis; both cross friction and tack and strip are effective. To perform cross friction, take one or a few knuckles and bear down on the muscle, moving your hand perpendicular to the direction of your arm. To tack and strip, bend your hand inward, then as you extend your hand outward, slide a few knuckles up the length of the muscle.

If neither of these self treatment techniques are effective and improving your discomfort within ten days, you need to seek out medical assistance and guidance, most likely with a sports Physical Therapist, preferably one specializing in golf.  They will be able to diagnose your issue, fix the pain and help you identify any other limitations in your body that may be contributing to the increased strain on your wrist.