Eccentric Training: How Moving Slow Can Make You Explosive 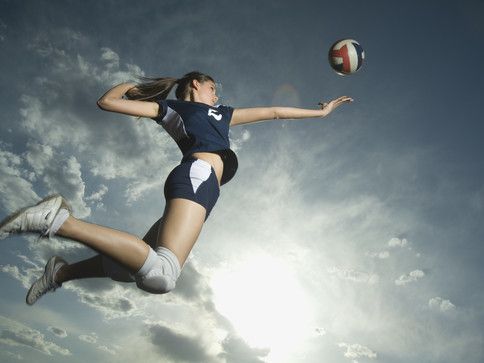 The Health and Performance Benefits of Eccentric Focused Training

Many have probably heard the saying, “You have to train fast to be fast.” In the world of sports performance, however, very little is that cut and dry. In the past month, my athletes have been training very slowly, particularly in the lowering phase of their lifts, known as the eccentric phase. I am currently training golfers, athletes whose sport requires short burst of explosive effort. Why would we be moving slowly then? While commonly overlooked, focusing on the eccentric phase of movement can return great results for athletic performance for strength and power athletes. In this post, I will discuss the what the research says about eccentric overload and eccentric focused training as well as different means of overloading the eccentric phase of movement.

First, lets talk about the tri-phasic nature of movement. Nearly every movement in sport consists of three phases:

Let’s take the vertical jump for example. When we swing our arms down and load the hips in a jump, we are applying tension to our muscles as they lengthen. This is known as the eccentric phase of the jump. At the bottom of the jump, we are transitioning from the lowering phase to the rising stage of the jump and are still applying large amounts of muscular tension, while our joint angles and muscle lengths remain unchanged. This is an example of an isometric phase of movement. Finally, we have the concentric phase of movement that most are familiar with in which our muscles contract and we apply tension as our muscles shorten.

Eccentric focused exercises have commonly been prescribed as a method for the treatment of a number of injuries, specifically overuse injuries such as tendinopathies in which you have chronic inflammation or pain in the soft-tissue that surrounds your muscles and joints [1-6]. Eccentric training has been found to be a highly effective method for improving the size and quality of soft-tissue, reducing pain in the affected limbs and improving return to play success [3, 5, 7, 8]. They say that the best way to treat an injury is to prevent it, yet despite the great rehabilitative effects of this modality of training, it is commonly overlooked as a preventative tool. Legendary strength coach and sports scientist, Yuri Verkhoshansky put it well in his book Supertraining when he stated,

“Overemphasis on muscle strengthening at the expense of tendon and other connective tissue strengthening can produce a muscle complex which is prone to injury and inefficient in generating reactive strength.”

Research has shown eccentric training to be an effective method of reducing both new and recurring injuries [9-12] . The majority of injuries in sport happen eccentrically during decelerative movement. If we cannot handle the amount of force we are attempting to absorb eccentrically, the body will compensate to deal with the stress which can then lead to injuries. It is logical that if we have the eccentric strength to handle greater forces as our muscles lengthen and we improve the quality of our connective tissue we would be less likely to be injured.

After reducing the risk of injury, a performance coach’s most important role is to improve performance. While there are countless methods and strategies for improving sports performance, some better than others, it is important that we address eccentric strength. Eccentric training, specifically eccentric overload, has been shown to generate greater motor unit recruitment specifically that of fast-twitch muscle fibers as well as the rate of force development leading to greater amounts of generated mechanical tension throughout the muscle [6, 13-25],. These neurological improvements along with changes in the elastic properties of the musculotendinous unit like contribute to the increases in speed, power, strength and change of direction ability found in research on the subject. Furthermore, eccentric training has been shown to improve an athlete’s efficiency of movement in that they are better capable of absorbing potential energy during the eccentric phase of movement and then exerting in concentrically [26-29]. An athlete with greater movement efficiency, strength and power is sure to perform better in their sport.

The three main stimuli for stimulating muscular hypertrophy are

Eccentric training has been proposed as a effective method of improving muscular hypertrophy as, in addition to significantly increasing mechanical tension, eccentric training yields greater amounts of muscular damage as the Z-Disks that connect sarcomeres are essentially being pulled apart [6, 17, 30-33]. Furthermore, eccentric training is less energetically demanding than traditional training means [6, 17, 34]. Combine that with the metabolic stress that could be yielded by the increased amount of time under tension with slower movement and you have an environment that is highly conducive to muscular hypertrophy and would produce a lesser energy demand making achieving a caloric surplus easier to achieve.

There are various methods of applying eccentric overload including:

While all of these methods are effective, there are pros and cons to each.

This method can be great for those who are new to eccentric based training and is more easily incorporated into training programs then other methods. Furthermore, from my own personal experience, I have found this method to be very effective in reinforcing technique. The slow and controlled nature of this method requires athletes to truly own their positions throughout the movements and prevents compensations that occur when athletes become too dependent on bouncing out of the bottom of a movement. Furthermore, any errors in form would be highlighted by the slow movement and can be addressed by a coach. Cal Dietz and Ben Petersen provide the following loading suggestions for this method in their book Triphasic Training:

While this method has many benefits, more elite athletes may require greater methods of eccentric overload to stimulate further improvements.

We can typically handle 120-170% of our concentric max strength eccentrically. This method involves the supramaximal loading of a movement, such as our back squat, and lowering it as slowly as possible to pins or releasing the weight through the use of such implements as eccentric hooks as seen in the video below:

While this method is highly effective, the supramaximal nature of it inherently comes with an increased risk of injury, especially for those who are inexperienced in eccentric training and should therefore be reserved for higher level athletes who have had time to develop a greater foundation of strength and eccentric capacity.

Changes in Exercise from Eccentric to Concentric

This is another effective method that can be utilized to create eccentric overload without the need for a spotter. One effective method is to use a slow, controlled unilateral movement through the eccentric phase and then switching to a bilateral movement during the concentric. Examples would include controlling a single leg squat down to a box and then standing back up with both legs as seen below:

Other examples is doing a single-leg Romanian deadlift during the descent and then returning up with both legs or doing a single-arm push-up to a regular push-up.

This method is also known as the shock method introduced by Yuri Verkhoshansky and is best illustrated through movements such as depth jumps in which an athlete steps from a box, quickly absorbs the load of the drop and jumps as high as possible as seen below:

The added strain of the step off of the box provides a greater stimulus of the stretch reflex and a greater utilization of the potential energy stored in the tendons in the stretch-shortening cycle. Other examples of this method in a horizonal force vector would be a broad jump to a single leg landing, a method I learned during my mentorship with Dr. Mike Young at Athletic Lab. While this method is very effective in more experienced athletes, it should be approached with more caution with athletes who are inexperienced or have not developed a strong foundation of strength and motor control.

Flywheel training is a more recent advancement in eccentric training and has become one of the safest and most effective methods of stimulating eccentric overload. Flywheel resistance operates off of inertia which means that the more force that a person puts into the wheel the more it will exert on the athlete through the eccentric. Rather than relying on gravity, when you exert a large amount of force into the flywheel it then pulls you back down with an equal amount of force. To get true overload, however, an athlete must either use assistance through the concentric such as using the upper body to help pull back up and then resisting with the lower body alone or simply stopping the movement short and absorbing the force in a shortened range or using the method discussed prior to accentuate the eccentric portion. This method, however, has been found to be highly effective and has a reduced risk of injury as it only exerts what an athlete is capable of exerting concentrically and as an athlete fatigues they receive less resistance. This method can be seen below:

While this method may be one of the most effective and safest methods of eccentric overload, flywheel training devices such as the kBox by Exxentric tend to be very expensive

Putting it All Together:

Eccentric based training and specifically eccentric overload has been shown to provide improvements in strength, power, speed, change of direction ability and mobility while also reducing the risk for injury. There are various methods of training eccentrically each with their own pros and cons. While eccentric training has a valuable place in the training program of athletes, care needs to be taken to assure proper recovery and execution of the methods discussed above and, whenever possible, should be done in the presence of an experienced coach. Furthermore, due to the increased muscular damage, soreness and neural fatigue associated with eccentric training, it may not be an ideal form of training in-season. Furthermore, nutrition and recovery must be taken very seriously with this type of training to promote adaptations and prevent injuries from under-recovery between training bouts. If these methods are given proper respect and attention, however, they can make a lasting difference in performance and longevity in sport.

One Exercise Every Golfer Needs to Master
September 15, 2020
Year-Round Strength Training for Golfers
September 8, 2020
Why Your Neck Pain Isn’t a Neck Problem
September 1, 2020
Cause Versus Symptom – Which Are You Treating?
August 25, 2020