Early Specialization: Are You Killing Your Kid’s Progress? 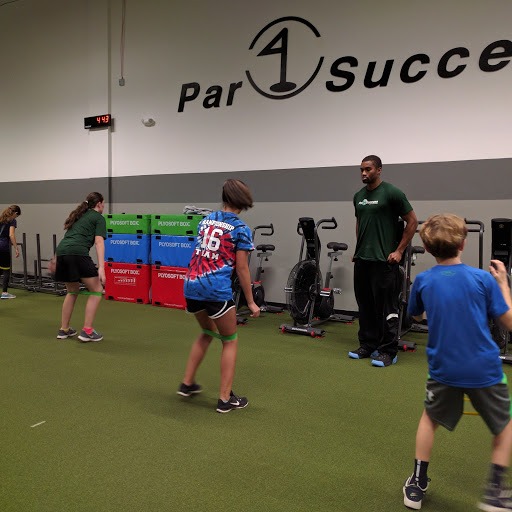 In North/South Carolina alone, there are over 400 junior golf tournaments in 2017 alone! That means a junior golfer could play in a competitive junior golf event every day of the year if they wanted.

Why does this matter?

Because along with this specialization and competitive schedule come travel, stress and general wear and tear that simply weren’t present when the likes of Arnie, Jack, and Player were coming up. Not to mention the lack of comprehensive athletic development, but we’ll get to that later.

The issues that we are seeing at ages 11 and 12 are ones that didn’t use to pop up unless the player was a touring professional playing for a living.  Jetlag on a weekly basis, overuse injuries of the neck, back, elbow and wrists at age 11, 12 and 13, players (juniors of age 11-13) being told they have to play through injury because college coaches are watching are all too common. In fact, these are all situations I have seen in the last 9 months!

This evidence isn’t unique at all; any well informed strength coaches, sports coaches and rehab professional will tell you the same. However, it’s nice also to have some more legitimate research-based evidence and a new study by the University of Wisconsin including over 1,500 high school athletes provides exactly that. Reporting athletes who specialized in one sport were twice as likely to report a lower extremity injury as compared to those who played multiple sports. It was also found that 60% of athletes that specialized in one sport sustained a new lower extremity injury.

Breakdown of players in the prime of their career during their 20’s and 30’s was unheard of back in the day as Brandel Chamblee of Golf Channel pointed out in his famously social media spit with Rory McIlroy. What he failed to mention in any of the discussions, however, is the landscape of junior golf now compared to what it used to be.

The “if some is good, more must be better” trap

Unfortunately, this is first instinct for a lot of parents and even coaches. At first glance, it seems to make sense:

If you want to get better, then you have to practice and play the game.

This seems all well and good until you take a second look and realize how damaging that idea can actually be:

Playing a sport as repetitive and asymmetrical as golf puts an immense amount of strain on the human body. Parents and coaches often forget about this because young kids are so resilient and bounce back so quickly. That is until the day they don’t bounce back, and a nagging overuse injury starts forcing them out of competition and practice.

Worst still, a multi-million dollar industry is predicated on giving kids exposure to college coaches so that they can play in college.  There are more ranking systems than I have word count for this article and no one is more acutely addicted to them than parents.  The more you play, the more points you can accumulate, the higher ranked you can be…and make sure you play the events with multipliers to get the most possible points!  Regardless of the cost to our junior golfers’ health of course.

It is more uncommon for a junior golfer to play less than 20 events in a season than it is for them to play more than 25.  That is more than the average professional golfer plays in a year!

These kids are all developing through puberty and growth spurts, bone and bony structure are still developing, they have to deal with awkward movements and poor motor control as they develop coordination. Core stability is often hard to find and very few of them can generate force to move their own body weight efficiently and effectively, let alone with added resistance.  All of these are risk factors for developing overuse and repetitive strain injuries, yet we are placing demands on them greater than those we place on the top professionals in the world.

Why are we surprised when Rory says the modern golfer’s career may not be as long?  He’s probably correct.

Junior golfers today have been living the professional golf lifestyle since they were 10.  By the time they are 40 they have completed at least a 30-year career of play, travel, practice and all that goes with it.  That is longer than many people work.

The multi-sport approach; a better way

Unless we start to look at the stress that early specialization is placing on these junior golfers from the time they are 10 or earlier we are missing the bigger picture.  As discussed above, their bodies are developing and growing.  If they are not playing other sports to foster different directional movements, learning how to jump, absorb force and then change direction with agility then they are missing normal human development.  To expect them to carry out a schedule more demanding than that of a professional golfer exposes kids to overuse and repetitive injuries at a high rate at best and at worst is downright dangerous

When kids play multiple sports over the course of multiple season it varies the type of stress on the body. Football, basketball, and baseball all have very different demands, as such the strain and wear pattern on the body is different.

As physical therapist, Dr Greg Schaible states “It’s the same reason you rotate the tires on your car. Change the wear pattern and you increase the likelihood of staying healthy”

A study in the Journal of Sport Sciences found that physical fitness and gross motor movements were improved in boys aged 6-12 when they played multiple sports versus just one sport.

According to a study in The American Medical Society for Sports Medicine, 88% of college athletes participated in more than one sport as a child. Similarly, the Titleist Performance Institute has amassed a myriad of data on the prevalence of multi-sport athletes on both the PGA and LPGA tour.

Playing multiple sports exposes the athlete to different kinds of skills, movement patterns, coordination, and dynamic power development. It’s been found that kids who play multiple sports have a larger athletic base of skill to draw from. This means that they have the ability to pick up and learn skills, techniques, tricks, etc much faster than their one sport counterpart.

The importance of training

With that said, if a junior golfer is specialized and cannot be talked out of it (aka their parents can not be talked out of it) then we need to equip them as best as possible from the get go.  Juniors today do have a more demanding schedule, but they also have more access to fitness, medical and golf professionals whom understand the importance of multi-sport development and fostering 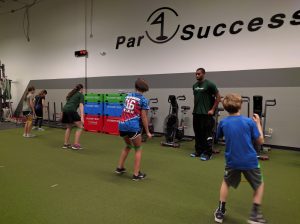 Involving your kid in a program that works on jumping, sprinting, climbing, rolling, crawling and having fun at those young ages while also preparing them for what is to come. The focus of a training program at a young age should really be on filling in the gaps of foundational movement and to develop the ability to absorb force to make the body more adaptable to stress.

They should be also being introduced to the weight room in terms of safety, proper form and overall control.  Weight is not a focus while laying a foundation, movement and technique acquisition is.

When they have a solid foundation and biologically hit puberty, then it is time to really start to focus on building resilience and the ability to generate force safely and with efficiency, so that they may continue to withstand the demands of the sport. It will also start to build foundation levels of strength to make the body more resilient and resistant to overuse injuries.

Nutrition and hydration also form an integral part of the curriculum for these juniors from day one.  Educating them how it can facilitate faster recovery and better performance is crucial for the later years of execution when they are on the road alone.

When these foundations are established it creates higher athletic development potential and an environment for the athlete to succeed when they eventually decide to specialize later in their athletic career.

This article could on for another 20,000 words but if nothing else please take away this – junior golfers are kids.  They are supposed to be that, kids.  That means they run, jump, climb, swim, skip, hop and have fun while exploring lots of different things.  If they are not getting that through a variety of sports, they NEED to be engaged in a long-term athletic development program with someone who gets the bigger picture along the entire continuum from age 3 to 63.

Enjoying various sports will accomplish a lot of this on its own. When a training program is implemented the program should be engaging, fun, have peer interaction and a curriculum that is geared to turn out successful young adults who can be successful in whatever they end up being passionate about.

No parent likes to hear this, but if your kid wins at age 12, he or she isn’t likely to play on tour.  You can count on less than two hands how many 12-year-old world champions are playing on tour. Raise your kid to be passionate about what they love and do it in a way that sets them up for success later in life, not an injury at age 11.  If they are injured at 11, they won’t be playing when they are 40.